Make 2019 the year politicians committed to ending violence against shopworkers

We need retail crime law reforms in the UK

A pharmacist had his cheekbone and eye-socket broken after he tried to defend a female colleague. A shop-floor employee was racially abused as she went about her job. And terrified staff were confronted by a balaclava-clad man wielding a hammer. These are just some of the many shocking accounts from retailers on an all-too-regular basis. USDAW’s Freedom from Fear week will highlight many more terrible examples.

It must be clear to all that something needs to change. The recent Queen’s Speech contained many measures on criminal justice, including the flagship announcement that criminals given four or more years’ imprisonment for a violent offence will serve at least two thirds, not half, of their sentence. For many, this change will be welcomed, and it is certainly attention-grabbing. However, for those of us in retail, the largest single private employer in the UK, it begs the question: what about colleagues assaulted by a violent criminal whose sentence is for less than four years? To give some context, the assault on the pharmacist resulted in an 18-month prison sentence, serving 9. Where is the justice for our shopworkers?

Thankfully, following a recent consultation, Daniel Johnson MSP might have the answer. He has published a draft law that would allow for stronger sentencing of those who attack retail workers as they perform legally required duties. The retail industry would welcome the Scottish Parliament supporting Mr Johnson.

The national picture of retail violence is alarming.  Despite record spending of nearly £1 billion on crime prevention, nearly 115 retail workers are attacked each day. Other insights from our Retail Crime Survey were that weapons are used more often and for seemingly smaller gain than before.

For us, this is a human issue that covers a public policy problem of epic proportions. It is not a victimless crime. It impacts upon the skilled, passionate, determined individuals who make the industry such a vibrant place to work; it impacts upon their families; and it impacts on the local communities’ retailers serve. Mr Johnson’s proposed law would finally go some way towards delivering appropriate sentences given the impact and severity of these crimes.

Crimes of this nature are by no means limited to any one area of retail. Robin Osterley, Chief Executive of the Charity Retailers Association, who supports Daniel Johnson’s bill, commented, “all retail workers, whether staff or volunteers, are on the front line of dealing with theft, enforcing age restrictions and handling abusive members of the public. Across Scotland, around 18,700 people volunteer in charity shops each year. Charity shop staff and volunteers help raise vital funds for charities and they should be able to do so free from the fear of being abused or assaulted”.

We at the BRC would entirely endorse those thoughts. As the parties prepare their manifestos, there is a clear case for looking north. A pledge to protect shopworkers would send a clear message to prospective voters about where politicians stand on this vital issue. 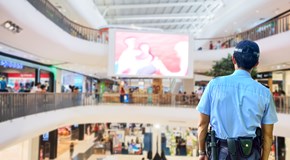 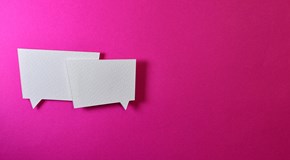