ASA Update on Plans and Priorities for UK Ad Regulation

On a BRC webinar in the midst of the lockdown, Guy Parker, Chief Executive of the Advertising Standards Authority, updated retailers on the ASA’s strategy and priorities, and how these are being affected by COVID-19.

While there were no great surprises, the session served to remind retailers that the regulator will continue to focus its resources more on online advertising, and on ads which pose a risk to vulnerable members of society, in the coming months and years.  Although the need to respond to the immediate risks brought about by COVID-19 means that some of the ASA’s projects will be delayed, the pandemic and the response it requires also galvanise and add additional impetus to certain aspects of the ASA’s strategy.

The ASA’s five year strategy 2019-2023 is entitled “More Impact Online”.  The strategy responds to the ever-increasing use of online advertising, a phenomenon which Guy Parker noted is being further accelerated by current social distancing measures.  The strategy includes developments in a range of areas, from how the public report breaches, to the ASA’s own monitoring, to developing the approach to prioritisation of cases, and education.  It is notable that the strategy is about procedural improvements and prioritisation; it does not for example call for changes to the substantive rules governing UK advertising.

One area of focus is on improving the ways in which the public report on non-compliant advertising, to encourage a representative cross-section of the public to report.  While the ASA receives a large number of complaints compared with equivalent organisations in other EU countries (Guy Parker noted that 60% of complaints to advertising regulators in the EU are complaints to the UK’s ASA), the statistics show that complainants are not representative of the wider UK population.  Older, wealthier people from London and the South-East account for an unrepresentatively high proportion of complainants.  One of the ASA’s approaches to address this bias is to introduce new reporting methods which encourage younger generations to report issues.  So the ASA is now trialling a streamlined reporting form  to report COVID-19 related non-compliant ads, as an alternative to a more formal complaint.

The ASA is also increasing its proactive monitoring of non-compliant ads, and is deploying new technologies to do this effectively online.  This includes using avatars, which simulate the profiles of children of different ages, and can then be used to monitor the advertising to which children are exposed across hundreds of websites.  Avatar monitoring was used to produce last year’s ASA report on HFSS ads and children, and its use indicates that online ads for age-restricted products such as alcohol and HFSS will continue to be submitted to greater scrutiny.

The ASA is concentrating its resources on non-compliant ads which are likely to harm the most vulnerable in society, and gave alcohol, HFSS, influencer advertising and gambling ads as particular examples.  This will come as no surprise to those following the ASA’s case and publication output over the last year.  We should expect to continue to see tough rulings in this area, drawing on data which shows likely exposure of more vulnerable consumers, and the harms that they can  suffer.  This focus is also driving the ASA’s approach to COVID-19-related ads, where the ASA is, for example, acting quickly to stop ads for PPE products which exploit vulnerable consumers’ fears of infection (see my firm’s coverage of this here).

Given the ever increasing number of potential cases to investigate (resulting from escalating numbers of complaints, and the use of new monitoring intelligence sources), the ASA has had to prioritise.  It has reduced the number of formal investigations it pursues, and moved to an  “educate first” approach, of simply notifying first time offenders in less serious cases.

The ASA is also seeking to maximise its impact by working in partnership with other regulators and enforcement agencies.  Guy Parker gave the recent example of collaborating with a retailer’s primary Trading Standards authority, to successfully resolve systemic reference pricing issues, leading to tens of thousands of reference prices being changed.

The ASA have been working with Google, Facebook and other platforms for over a year, on initiatives to improve ad compliance on their platforms.  An improved scam ad alert system has been agreed, but work with the platforms is very much ongoing, with a key issue being the extent to which the platforms should be responsible for gatekeeping.  Guy Parker indicated that ultimately (in a year or so’s time), if the platforms did not assume sufficient responsibility, the legislator might need to intervene.

For retailers, key take-homes from the session were to expect continued regulatory scrutiny when marketing to children and other vulnerable categories of consumer (especially online), and also when advertising COVID-19-related products (cleaning materials, PPE, medicines, etc).  Guy Parker’s comments on platform responsibility form part of the wider ongoing debate on this hot topic, which also takes in the CMA’s study on online platforms and digital advertising and the government’s Online Harms White Paper.

To find out more about DLA Piper and the services they provide to the retail industry, click here. 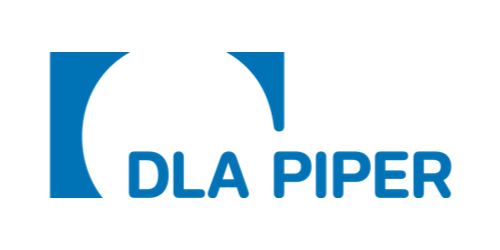 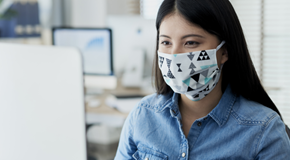 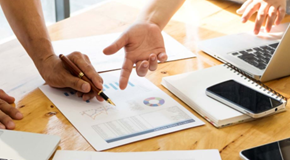 The Future of Ecommerce Requires Understanding the New… 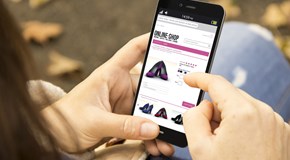 Now Is the Time to Build for the Post-Pandemic Future 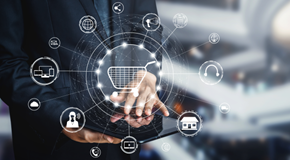 How Leading Retailers are Reinventing their Stores 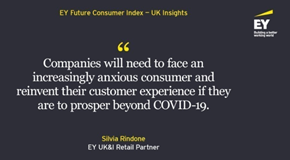