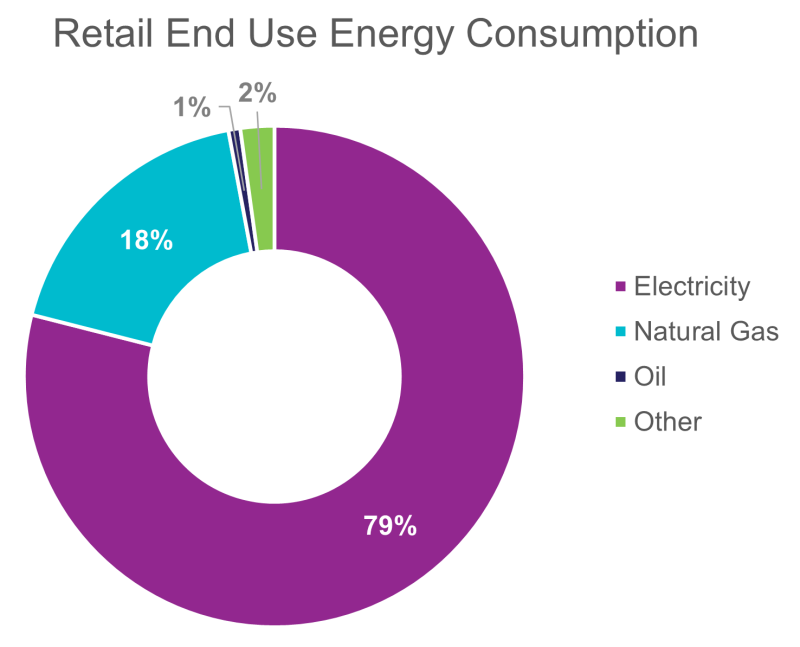 The emissions intensity of the UK grid has decreased (compared with 2019) by 9%, due to a decrease in coal generation and an increase in renewable generation. This reduction trend in electricity grid carbon intensity will continue as the UK strives to decarbonise the grid by increasing the generation of electricity from renewable sources. Figures 5.1h and 5.1i show the historical trend and projections of UK carbon factors and the proportion of electricity generated from renewables and fossil fuels. The third quarter of 2019 was the first quarter to see renewable generation outstrip that of fossil fuels, and this should become more commonplace as increased investment in renewables continues. 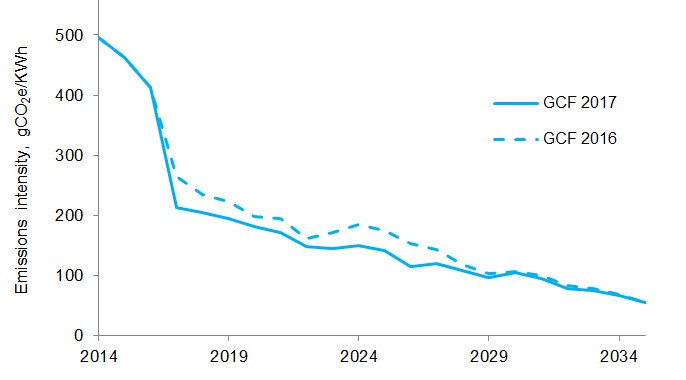 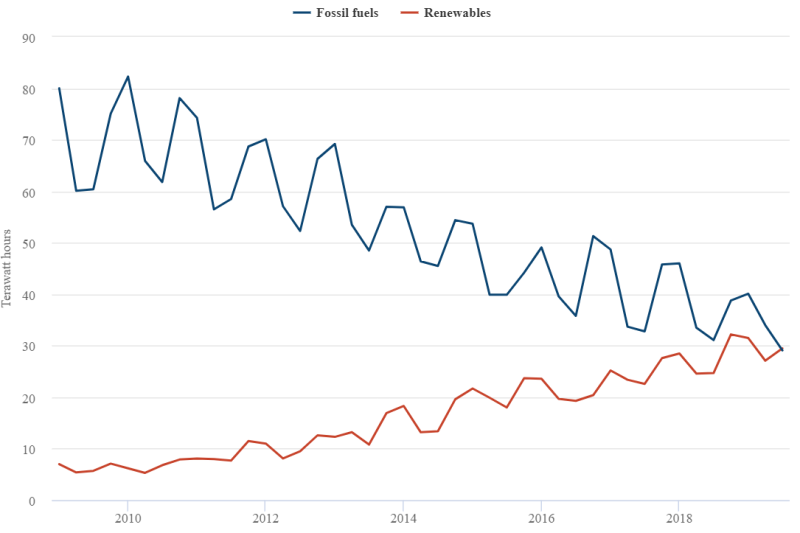 The next largest energy requirement from retail sites comes from natural gas. Space heating, water heating and cooking are the primary users of natural gas in retail. In a similar manner to electricity, the emissions associated with the use of natural gas are determined by the mix of sources used to make up the UK grid supply of gas. The UK currently gets its gas from a wide range of sources to ensure consistent supply.

Gas from fields in the North and Irish Sea typically provide around 40% of gas supplies. However, production from these fields is now in decline as imports from abroad make up a greater part of supply. As a result, the carbon factor associated with natural gas is also prone to fluctuate from year to year as the gas blend varies, albeit with less magnitude than the factor for electricity. The current UK natural gas carbon factor as published by DEFRA is 0.18387 kgCO2e per kWh of natural gas consumed.[32]

With the natural gas carbon factor remaining fairly static and the electricity factor on a downward trend, it is no longer the case that the use of natural gas presents a better environmental option than utilising electricity from a rapidly transforming generation network.

Share
Print
Back to the top
Previous 5.1.3 Refrigeration (cooled st…
Next 5.2 Key initiatives