Retailers dismay at vote to hand councils control over rates

RETAILERS DISMAY AT VOTE TO HAND COUNCILS CONTROL OVER RATES

At the Scottish Parliament’s Local Government Committee today Opposition MSPs combined to vote through – at Stage 2 of the Non-Domestic Rates Bill - an amendment to hand control over business rates to local authorities.

“Retailers stump up over a fifth of all rates paid, and with shops under enormous pressure action is needed to reduce rates bills which are now at a 20-year high. However, allowing each of Scotland’s 32 councils to set the poundage rate in their area is an alarming and retrograde step, and flies in the face of the Bill’s aims and the thrust of the rates reform agenda. Councils are already able to reduce business rates in their area, but only three have ever bothered to do so. Handing councils control over the poundage rate could lead to firms being treated like cash cows, pushing business rates up even higher and further hitting competitiveness.”

Note: SRC gave oral and written evidence to the Local Government Committee earlier this year on the Non-Domestic Rates Bill.

Views sought on draft BRC response to Business Rates re… 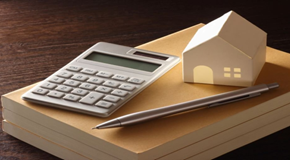