Addressing the Barriers to an Ethical UK Fashion Manufacturing Industry

Peter Andrews, Head of Sustainability Policy at the British Retail Consortium, said:
"The BRC has repeatedly called on Government to license UK garment factories in order to prevent labour exploitation by unscrupulous employers. When the public go into a shop, they want to know that the people who produce their clothes are treated decently and protected by the full force of the law. Our members have taken a firm stand against labour exploitation and want to build an ethically and environmentally world-leading fashion industry in the UK.”

The Challenge
The UK has the potential to build a world-leading, innovative, export led, ethical fashion and textile manufacturing industry, delivering decent and highly-skilled creative jobs, that in times of crisis can also be utilised for PPE production. However, this vision will remain unrealised unless swift and decisive action is taken by the Government and labour market enforcement authorities to end the endemic exploitation of large groups of vulnerable workers in British a significant number of factories.

In 2015, academic research1 was published reporting that 75-90% of garment workers in Leicester were paid grossly below the National Minimum Wage, did not have employment contracts, and were subject to intense and arbitrary work practices. An estimated £50 million a year was being lost in underpaid wages in the East Midlands alone.

In 2017 the Joint Committee on Human Rights conducted an inquiry on human rights and business, which heard ‘compelling evidence’ that ‘labour rights abuses are endemic in the Leicester garment industry; they are also very likely to be occurring in other key manufacturing hubs, such as London and Manchester’2. In 2020, there appears to have been little improvement.

BRC retail members have made significant efforts to improve labour practices in garment fashion factories. They have collaborated through the ‘Fast Forward’ labour standards improvement programme, trained suppliers, implemented better supplier terms and conditions, de-listed exploitative suppliers. They have implemented intelligence sharing with authorities, and through the Apparel and General Merchandise Public Private Protocol. Whilst this has supported improvements in a handful of factories, it has not led to the desired system-wide changes needed as the majority of unethical manufacturers have not been willing to change their practices. As a consequence of not being able to establish an ethical manufacturing base, most leading fashion retailers have already significantly scaled down their UK supply. If action is delayed any further, the opportunity for a world-leading industry may be lost.

The Solution
We call on Government to urgently implement the statutory licensing of textile businesses and the factory owners and managers that run them to ensure they are ‘Fit to Trade’. Similar to the existing GLAA Licencing Scheme for labour supply to food production, this would as a minimum cover protection of workers from forced labour, debt bondage and mistreatment, ensuring payment of National Minimum Wage, VAT, PAYE, National Insurance, Holiday Pay and Health and Safety.

Licensing would first and foremost protect workers, but it will also create a barrier to entry preventing rogue businesses from accessing the market and undercutting legitimate fashion manufacturing companies, therein creating a level (and competitive) playing field for businesses to compete fairly. It will also raise tax revenues and provide assurance to retailers to source from the UK and support the development of an ethical, creative world-leading industry.

BRC meeting on the Packaging EPR: documents, slides and…

Forthcoming review of the WEEE Regulations: details and… 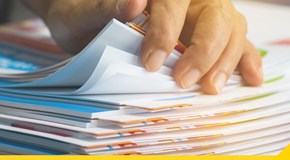 SNP MPs hear about retail's priorities for trade and po…