The Trouble with Borders….. Northern Ireland and the end of the transition period.

Northern Ireland business has found itself in a rather paradoxical position of being both at the centre of the Brexit process and, in other ways, a complete afterthought. A cause célèbre on both sides of the debate when it suited their purposes, and a social pariah when it didn’t. Meanwhile NI business and those who trade with Northern Ireland have continued to plough a pragmatic course: preparing where possible, and asking for clarity and technical detail as needed to allow the preparation to take place. But here we are, just weeks from the end of the transition period, and the cries of concern from across the industry are reaching a crescendo.

There are reasons why Northern Ireland is different from the rest of the UK when it comes to these deliberations. We are a mere 1.9 million of the 68 million population of the UK. We have a relatively small economy; in fact, I have heard it said several times that the Northern Ireland market is simply a rounding error. My answer to that is simple: It may be your rounding error but for us, it is all that we have.

Of course, things were always going to be different in Northern Ireland as the only part of the UK that has a land border with the European Union. And this has manifested itself clearly with the signing of last October’s Brexit deal. Following the Withdrawal Agreement and its Protocol on Ireland/ Northern Ireland Protocol, the region is de jure still part of the UK sovereign territory and Customs Union but de facto administering the Union Customs Code and the Single Market regulatory regime. And that presents problems which we will consider later.

However, this is not just about business, the movement of goods, customs and taxation. There is another reason why the business community in Northern Ireland has been so vocal. NI Households have half of the discretionary income of households in Great Britain. They have higher levels of indebtedness and lower levels of savings and financial security. In short, they can’t afford the cost rises that come with tariff and non-tariff barriers; even a small increase in costs will have a detrimental effect on already-squeezed household budgets.

The Northern Ireland business community has been very clear from the start that it wanted no borders anywhere. So integrated are our supply chains that we are reliant on either finished goods, processing or ingredients that can travel freely North, South, East or West. A bottle of Baileys will have five border movements before it is a finished product; a supermarket chicken salad sandwich will have seven movements and even the humble cottage pie will have at least 8 border movements before it arrives on your supermarket shelf. It’s not just 22 years of peace but 40 years of being part of an economic union that has allowed business to grow and flourish.

So where are we now is not exactly where NI business wanted to be. There are those who castigate the NI Protocol to the point to where they believe that both it and the Withdrawal Agreement should be repudiated. But it has to be remembered that, while the NI Protocol is not perfect, it does still have benefits and does give us much-needed protections, especially if there were to be a No Deal outcome.

Many seem to be looking at the border problems for Northern Ireland as simple linear equation but in actual fact, it is more like a three-dimensional jigsaw, where you need all parts in place before you can get the full picture. To put it another way, my own industry of retail is a very high volume, low-profit margin industry, so even small cost rises can make a very big impact on the bottom line. When it comes to calculating the impact of new tariffs and non-tariff barriers, there is a very simple equation to be made. If the new costs are higher than the profit margins, then either the product or the business model becomes unviable.

So what remains unanswered? Well lots, to be honest, but it falls under 10 broad themes. Many questions flow from those themes. Here are just a few examples of the 82 questions that came from the Northern Ireland Business Brexit Working Group paper published in October.

This list is in no way exhaustive. We said in January 2020 that it would be a herculean task to get all this ready by the end of the transition period. It has only gotten harder since then, not helped by the fact that the transition period has been limited to the shortest time possible. The politics over this year has confounded what should have been a very technical process.

Unless these questions are answered we run the very real risk of not being able to give NI households the choice and affordability they need.

There is no good customs or SPS fairy that will come down on 31 December 2020 to make this all work. It is up to the UK Government and the EU to fulfil their promises to Northern Ireland and to prove that their concern for this little part of the world is real. Business will continue to be pragmatic and implement the changes. But there will be many businesses for whom time simply will not allow them to be ready. There is a need for both sides to be flexible otherwise there will be a tangible negative impact on jobs and on the standard of living for families in Northern Ireland. That is not acceptable. 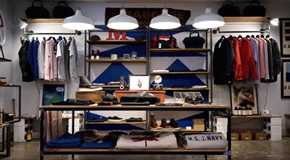 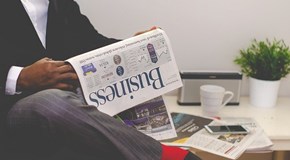