The Supreme Court has substantially allowed the FCA’s appeal on behalf of policyholders. This completes the legal process for impacted policies and means that many thousands of policyholders will now have their claims for covid-related business interruption losses paid.

Many policyholders whose businesses were affected by the pandemic suffered significant losses, resulting in large numbers of claims under business interruption (BI) policies.

Most SME policies are focused on property damage and only have basic cover for BI as a consequence of property damage. But some policies also cover BI from other causes, in particular infectious or notifiable diseases ('disease clauses') and prevention of access and public authority closures or restrictions ('prevention of access clauses'). In some cases, insurers have accepted liability under these policies. In other cases, insurers have disputed liability leading to widespread concern.

The judgment brings to an end legal arguments under 14 types of policy issued by six insurers, and a substantial number of similar policies in the wider market which will now lead to claims being successful.

The test case was not intended to encompass all possible disputes, but to resolve some key contractual uncertainties and 'causation' issues to provide clarity for policyholders and insurers. Today's judgment does not determine how much is payable under individual policies, but provides much of the basis for doing so. 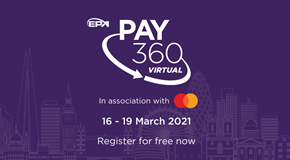