As part of its work on a new Food White Paper due to be published in 2022, Defra is consulting on animal welfare labelling. We have summarised the key points for you so we can get your views for the BRC response.

As part of its work on food strategy, Defra is consulting on potential changes to animal welfare labelling. They believe it would encourage consumers to make better welfare choices, based on more information, presented in a consistent way to account for current claims and voluntary initiatives. It would also support farmers by enabling them to market their produce better against imports.

If you want to read the whole consultation it is here.

We will be responding to the consultation using input from our Agriculture WG on the value and applicability of more welfare labelling and our Labelling WG covering the technical aspects of labelling. This paper sets out the key themes and questions in the consultation.

The consultation poses 2 questions on the purpose of change

2  How should standards be set

The consultation asks about the standards which would underpin labelling and how they would be based. Should they be based on inputs, including the method of production or outcomes or even a combination of the two. It suggests outcomes could be used to support and measure the effectiveness of methods of production.

It also suggests standards could be time or lifetime based, citing the difference between AFS and QMS in terms of lifetime assurance.

It also considers welfare standards in poultry production, both eggs and meat which have been carried over from EU law

The consultation addresses the debate about transparency of labelling of non stunned slaughter for religious preferences.

The Government wants to know what approach to labelling will meet its criteria of rewarding UK farmers, improving animal welfare and ensuring a UK baseline for welfare.

The consultation also asks for views on the approach to labelling, for example should it be based on a tiered system (numbers, colours etc) linked to the standard of welfare, or a certification scheme awarded only to those achieving higher standards

The consultation also covers the scope of labelling in food businesses. To help its work, Defra has asked for data on how meat and dairy products are used in retail and catering, including the proportion that is processed before sale. I think they should be speaking to the levy boards about this but if you have data you want to share they are interested.

The consultation considers the coverage of mandatory labelling on processed and unprocessed meat and dairy.

The consultation suggests that whilst Government would like to incorporate welfare standards and labelling into mass catering, including its own procurement and sales through hospitality there are barriers to implementation. It is encouraging responses based on possible labelling of primary ingredients eg chicken in chicken sandwich, pork in a sausage roll etc.

The consultation considers how claims and labelling can be verified and enforced. Within that what is the role for existing enforcement agencies alongside current assurance and accreditation

The consultation asks about marketing terms which may be used but would not, necessarily be welfare based. For example, grass fed. Particularly where there is no agreement on how those terms are used.

Defra is looking at al labelling as part of the White Paper and wants to know how welfare labelling can align with other labelling and, potentially how it might be integrated with environmental labelling to give consumers comprehensive information. 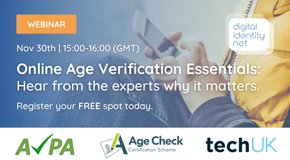 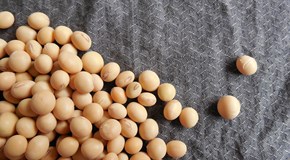