Henry Dimbleby was asked to prepare a report on how the UK could create a food strategy delivering sustainable food production and tackling key issues in food such as tackling obesity. His first part was published in 2020 and his final part in July 2021. It is an independent report designed to signal to Government how it builds a comprehensive policy approach for food. The full report is available here

The report was based on analysis of current reports and data, as well as discussions with citizens’ focus groups around the country, representative organisations and food businesses.

The Government has committed to analyse the report and respond with a White Paper within 6 months; we expect it to be published in January 2021. We will ensure we are part of the delivery of the Government White Paper and will be developing our objectives for inclusion.

This paper is a short commentary on Henry Dimbleby’s paper which provides some context for the discussion with Government but should not be taken as Government policy; in fact the Prime Minister has already indicated he is not supportive of one of the key measures, the introduction of a new sugar tax. It is also worth noting the strategy applies to England, devolved governments will produce their own strategies, although some issues such as trade are central decisions for the UK Government.

There are listed below. I’ve provided a little more commentary on key recommendations later in the document

The recommendations were set out in 4 groups

The most dramatic recommendation was for a sugar and salt reformulation tax. The report points to the lack of progress in reformulation and a suggestion that food companies would go further if there was a tax. The suggestion was £3/kg tax on sugar and £6/kg tax on salt in processed foods to be introduced by 2024.

There is also a recommendation for mandatory reporting of a number of food indicators to increase scrutiny of the effectiveness of food businesses in challenging waste and increasing volumes of sales of healthier foods. Indicators to be published including sales of fruit and vegetables, HFSS and meat as well as food waste. It would be mandatory for larger businesses and published through the FSA. Several food retailers have indicated they would support this if it were mandatory.

Finally, there is a recommendation on increasing knowledge of food in schools through a number of initiatives.

There is good evidence supporting the link between low income and poor diet. The report has several recommendations to address this including extending free school meals, supporting more community initiatives to help those on lower incomes and funding food through school holidays.

The one recommendation with most impact on retailers is the extension of the healthy start scheme. The proposal would both increase those eligible for the scheme and the age group it applies to, thereby increasing the use of vouchers. It would be paid for from revenue raised by the reformulation taxes.

This section covers the support for farmers to farm more sustainability and focus more on the environment going forward. There are two recommendations most relevant to us. The first is to extend the same level of funding for farmers beyond 2024 as currently promised to help them adapt to a new support scheme which is more focused on the environment, including specific initiatives on carbon reduction. Secondly, a clear statement of the Government’s objectives for trade deals which set out the minimum standard of food production it expects for imports.

4.   Create a Long Term Shift in our Food Culture

There are two main themes relevant to us. The first is greater targeting of funding for innovation on issues which drive a better food system; such as practical improvements in sustainable farming, increasing reformulation and providing the support and data to help businesses make the right decisions on investment. The second is an enhanced role for the FSA in reporting annually on progress in delivering a better food system, developing national dietary targets and introducing consistent labelling. It proposes the greater powers for the FSA and other mandatory measures such as food businesses being required to report annually on sales would be delivered through a new Good Food Bill in this Parliament.

BRC Member and Associate Meeting with CMA on Misleading… 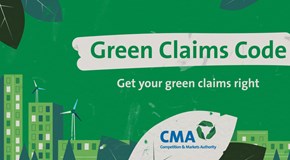 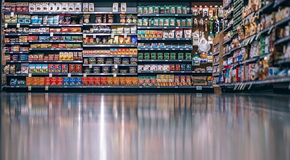 SRC Update on Scottish Out of Home Strategy