"UK footfall led the major European economies in February, as the steady return to the office increased shopper numbers in many towns and city centres. A promising start to the month was briefly dampened by Storm Eunice, before bouncing back in the final week of February, to its highest level since the pandemic began. This coincided with the easing of Covid restrictions in England. Overall, the major cities enjoyed the biggest improvements, particularly London, Manchester, and Birmingham.
"Retailers, large and small, will welcome the return of customers to their stores – a sign their innovation and investment in their physical and digital offerings is working. However, challenges remain; consumer confidence has been greatly impacted by rising inflation, while the return of hospitality and tourism will create additional competition. Retailers will need to continue the momentum to keep consumers engaged.”

“February saw an improving picture for the High Street as shopper traffic continued to recover. Total UK footfall reported the highest number of shopper counts seen since pre-pandemic levels in the last week of the month and the UK now leads the top 5 European markets’ footfall recovery, suggesting a growing confidence among shoppers, with UK Governments announcing the further easing and ending of Covid restrictions. And while this represents what many, not least retailers, hope will be the ‘beginning of the end’ of the Covid crisis - our latest data shows consumer concern about in-store safety fell by -18 percentage points year-on-year - shoppers now face new and growing pressures. The cost-of-living squeeze and inflation, which is putting downward pressures on disposable income, and a volatile macroeconomic and geopolitical climate could create a perfect storm of uncertainty for consumers, which could still impact the long-term retail recovery as it looks to build back post-pandemic.” 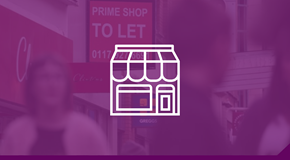