3% of retail staff on furlough as CJRS ends

The Coronavirus Job Retention Scheme, the Government’s flagship program to support employees and businesses to weather the pandemic, came to an end in September. Still, on September 30th, 1.1mill employees in the UK were still on furlough, 180,000 fewer than on August 31st. Of those, 80,000 workers were in the retail industry, or 2.7% of the retail workforce. It’s likely that some businesses have kept some staff on furlough as their activity has not yet fully recovered, but expecting a further rebound, they held on to their talent. 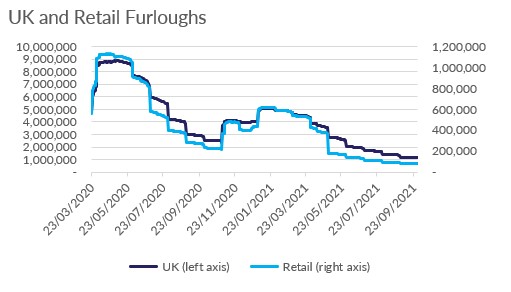 However, the high number of furloughed employees is at odds with the tight labour market. In September, vacancies hit a fresh record, with 1.1mill unfilled positions, 270,000 more than in September 2019. And while other labour market indicators have been persistently improving, employment and hours worked remain below pre-pandemic level and unemployment and inactivity are higher than they were in February 2020. Moreover, the official employment figure is likely to overestimate the ‘true’ employment numbers, as furloughed employees are officially counted as employed.

The paradox of high vacancies coinciding with considerable furloughs and increased unemployment had left policy makers scratching their heads for potential explanations. A skills gap seemed to be the most likely one: it’s possible that the composition of the economy has significantly changed during the pandemic such that current labour skills requirements are not met by the skills in the available labour force. A geographical mismatch might also explain part of the current labour shortages if workers are not in the areas where the jobs are.

Nevertheless, as labour shortages are now reported in all sectors of the economy, the Great Resignation hypothesis is gathering more ground. The long lockdowns have allowed people to reassess their life priorities. For some, this means a desire to spend more time with family, rejecting a return to office life or unsociable shifts. While others are considering switching careers all-together.

Retail has felt the full impact of labour shortages. Over the last year, retailers reported recruiting difficulties of HGV drivers, warehouse workers, retail assistants in some locations or for unsociable hours. In September, the industry recorded 90,000 vacancies, above the levels of both September 2019 and February 2020. 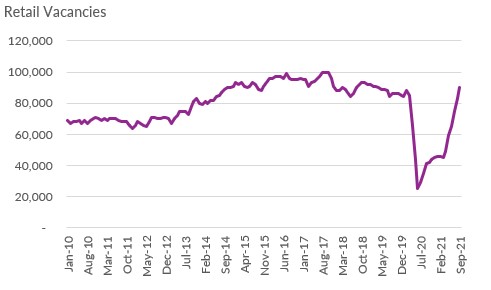 Labour shortages not only hold back the economic recovery, but also support wage growth which fuels longer-term inflation and builds up inflation expectations. The Bank of England had signalled that it might raise interest rates to slow down inflation, but it surprised markets by keeping them unchanged at 0.1% at its latest Monetary Policy Committee November meeting. A rise in interest rates has the potential to further slow the recovery in the short term, however, it would do little to solve the issue of lack of workers in the wider economy.

A bumpy road ahead for the UK

British economy returns to growth, but the cost-of-livi… 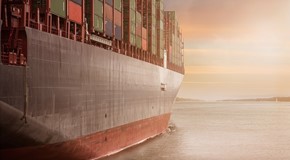 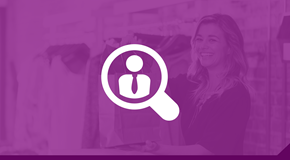 UK labour market at its tightest in decades

Stagflation ensues with inflation at its highest since…