“November was the third consecutive month of double- digit growth for online sales. The Black Friday sales period had managed to secure significant growth last year, making November a tough comparison. So this month’s figure of 10.9 per cent, slightly ahead of the long-term trend of 10.8 per cent, is positive.

“With discounts on electricals being the key feature of Black Friday sales, it is unsurprisingly that the other non- food category, in which consumer electronics sit, contributed the most to growth in November. It was the beauty and toy categories which topped the growth rankings, as customers took advantage of the pre-Christmas discounts for gift purchases.

“With more than 1 in 4 pounds spent online, this was a record high for online non-food sales. Facilitated by the convenience of buying online, heavy sales periods, such as November, encourage an increasingly value- driven customer to shop around for price comparisons to fulfil their Christmas shopping list.”

“There was an increased preference for shopping online this November, undoubtedly the result of the Black Friday shopping bonanza that has grown in popularity in the UK. Online sales grew by 10.9 per cent on last year and penetration rates for the month rose to a staggering 27.6 per cent. Shoppers were clearly happy to forgo the high street whilst hunting for bargains online.

“All categories performed well, however toys and baby equipment were at the top of the list for shoppers. Well timed e-Promotions, as well as eager Christmas shoppers, were likely to have been the main contributors to the rise.

“Health and beauty products continued to remain popular. In the midst of the overpowering scent of the discounts galore, the category stood out.

“Retailers now face the challenge of processing the inevitable returns following the surge in sales, all too easily overlooked amidst the excitement of Black Friday. The pressure then turns to ensuring deliveries will make it under the Christmas tree in time." 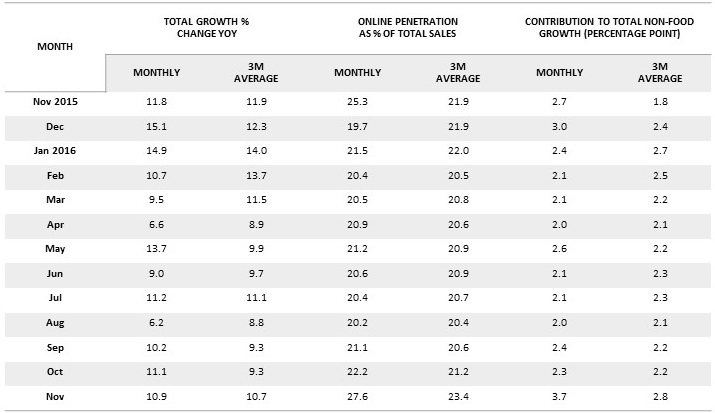 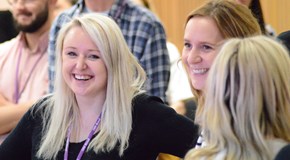 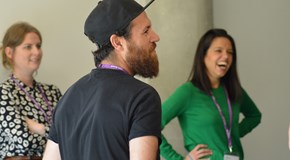