“January saw a return to growth, however recent political uncertainty and a decade of austerity appear to have ingrained a more thrifty approach to shopping among consumers. Furthermore, as sustainability continues to rise up the agenda, many customers are switching to more environmentally friendly products or simply choosing to buy less. These effects are not just limited to the high street as growth in online purchases also slowed.

“Across the UK, retailers are facing tighter margins as a result of weak consumer demand and increasing costs, including sky high business rates. We need to see a commitment from Government to bring down the overall burden of business rates in its upcoming review. In the short term, a move in the Budget to address Transitional Relief, which has seen retailers subsidising other industries by almost £500m since 2017 would prevent further shops closing and save jobs.”

“January is usually a quieter month for retail, and although static sales might not appear triumphant, at least it is no further deterioration.

“Consumer confidence has started to return post-General Election, but we have not experienced any major leaps for the sector yet. We have to remember, this semi-positive performance will also be the result of aggressive discounts and consumers’ preoccupation with bagging a bargain. That’s not always good news when looking at bottom-lines.

“Health-focussed categories did benefit from consumers aiming to start the year with good intentions. Meanwhile, grocery sales – while still growing – were noticeably muted. This continues a trend we observed at the end of 2019, which could indicate more significant structural changes to the sector. Equally, online sales have also started 2020 with moderate growth.

“With Brexit ‘technically’ behind us, retailers will be hoping that consumers feel confident enough to reengage. But much remains unknown as we work towards defining our future relationship with the EU. Retailers are walking a tightrope between navigating any impact on their industry alongside ongoing changes in consumer behaviour.”

“Growth has yet to recover momentum as the new decade gets underway. Even with January being a typically ‘slow’ month, the start to 2020 has proven to be especially disappointing with sales growth falling behind previous years. Moving into February retailers will be looking to drive some excitement around the first major ‘event’ of the year with St Valentine’s Day falling helpfully on a Friday this year.

“Overall, shoppers were more confident in January, with only 25 per cent expecting to be financially worse off in the year ahead (compared to 33 per cent September’19) - the lowest level since June’18. Fewer expect food prices to be much more expensive in the next year, with 11 per cent of shoppers taking this view compared with 19 per cent in September’19.  Fewer were also as concerned about the future of the UK economy as Brexit preparations proceed (36 per cent vs 43 per cent Jan’19), and less were concerned about their personal finances (54 per cent vs 59 per cent Jan’19).” 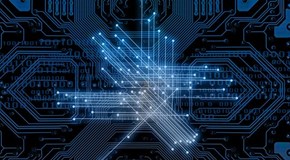 Consumers will bear brunt of No-Deal

Preparing your Supply Chain for the Golden Quarter