“The pace of job reductions in the retail industry is gathering steam. The three months to September saw the sharpest year on year drop in hours and employment since the monitor started in 2008. Behind this shrinking of the workforce is both a technological revolution in retail, which is reducing demand for labour, and Government policy, which is driving up the cost of employment. With both supply and demand pushing in the same direction, it’s little surprise that we’re seeing fewer people working in the industry.

“However, along with falling employment has come pay growth well in excess of the UK average; made possible by productivity gains that have outstripped those of other industries. The challenge for retailers will be in maintaining the pace of productivity improvement as they come up against shortages of the skills needed for a new, digital-dependent industry. In his budget next month, the Chancellor will have an opportunity to provide additional flexibility in the use of Apprenticeship Levy funds to enable retailers to rollout digital skills training to a workforce that covers nearly 10% of all UK employment. We urge him to take it.”

Making It Work From a Financial, Legal & Tax Perspectiv… 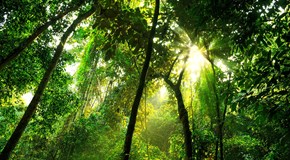