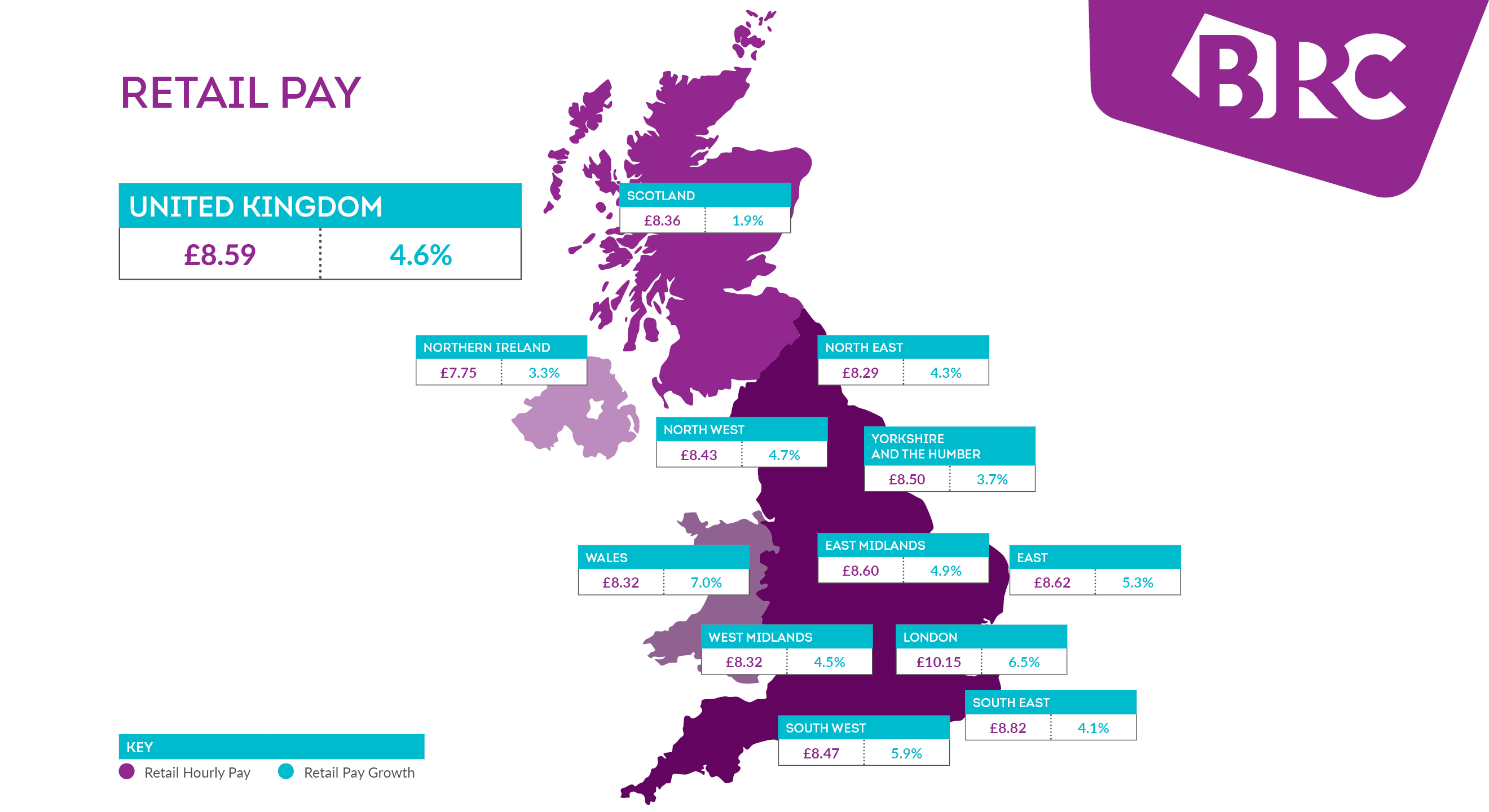 The UK retail industry is continuing to make faster progress in raising pay than the economy as a whole according to our analysis of the release of the ONS Annual Survey of Hours and Earnings data.

Retail is also closing the gender pay gap. The gender pay gap is lower in retail than for the UK economy as a whole and has fallen over the last year from 11.0% to 9.2%.

London has the highest hourly wage rate for retail workers in the UK at £10.15 and Northern Ireland the lowest at £7.75. Data from BRC members suggests increases in pay for retail employees is likely to continue if productivity growth is maintained.

Rapidly rising pay is consistent with a recent report by the BRC, Retail 2020: Fewer But Better Jobs, which anticipated as the industry undergoes structural change, the number of jobs in retail will fall and pay will increase. The BRC’s Retail 2020 dashboard, updated today, monitors structural change within the industry by tracking progress on four key industry metrics: “Productivity”, “Pay”, “Engagement” and “Employment.” As well as progress on pay, its measurements show that:

“This new data highlights a stark contrast between rapid pay growth in retail with the rest of the economy. The retail industry is over-performing the economy as a whole and is continuing to make progress on a journey to the higher paid and better jobs of the future.

“The National Living Wage has had a part to play in driving this exceptional growth in wages. However, far from being the whole story, strong productivity growth, fuelled by technological change has also contributed to year on year pay increases above the UK average, at all levels of the retail industry. And, despite fears to the contrary, there’s little evidence that these wage increases are coming at the expense of other wage-related benefits.

“Maintaining productivity gains will be crucial to sustaining wage growth as employers contend with further changes to statutory employment costs. Our Retail 2020 Dashboard shines a light on how the retail workplace landscape is changing as a result of big structural changes.”

A fact sheet on pay in retail is available here.