New evidence from the BRC shows the importance to UK consumers of maintaining the benefits of trade deals the EU has negotiated with other countries. 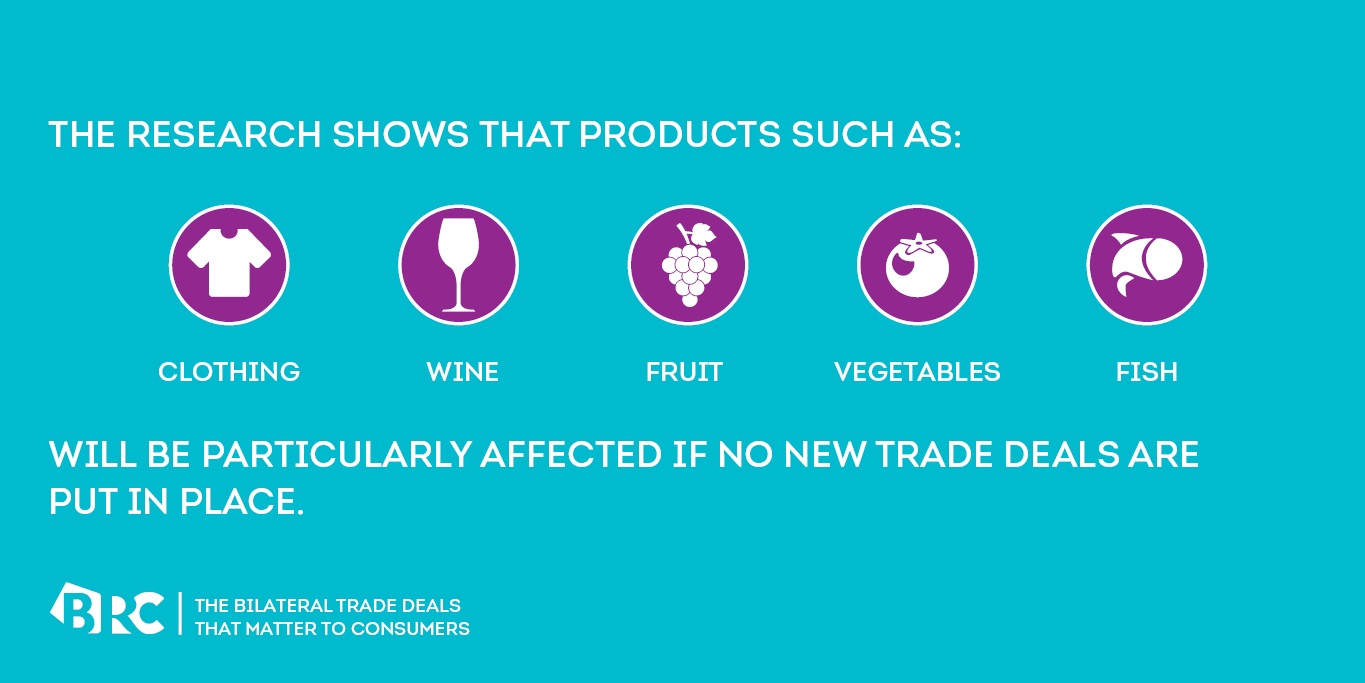 As a member of the EU, the UK currently benefits from zero or low rate tariffs on various imports from trade deals that the EU has negotiated with third countries. From the day after the UK leaves the EU, on 30 March 2019, it will no longer be covered by these international agreements, so imported goods will be subject to higher tariffs and potential customs barriers. For consumers this means higher prices.

Using import data from UK retailers, the BRC has identified the countries where negotiating replica trade agreements will make the most difference to ensure prices don’t rise immediately on exit. These deals are particularly important for the price of food and clothing for UK shoppers. For instance, in the event of a no deal, the tariff on clothing from Turkey, a major supplier to the UK, could rise from zero to 12 per cent, and fish from Iceland from 3.4 to 11 per cent.

“While securing a deal with the EU to enable tariff-free trade to continue remains the priority, the deals the EU has negotiated with countries around the world also contribute to the choice and affordability of goods that UK shoppers purchase every day. People need reassurance from Government that these deals will be transferred in time to ensure that UK consumers don’t lose out.

“New or higher tariffs inevitably mean consumers would face higher prices in their everyday shop, as staple products such as fruit, vegetables, fish, and clothing would be hardest hit. Price increases of any scale would add to the burden of hard-pressed consumers whose finances are already being squeezed by inflationary pressures.

“Now that an agreement has been reached to move the negotiations on to trade, the focus must be on securing the continuity of free trade with Europe, alongside replicating these existing agreements with countries outside of the EU. These are the crucial next steps that Government needs to take to avoid a cliff-edge situation on Brexit day and to deliver a fair Brexit for consumers.”