Reacting to confirmation of the date of the Scottish Government’s Budget, SRC Director David Lonsdale said:

“We commend the Finance Secretary for cracking on with holding his Budget, rather than waiting until after the UK unveils its own tax and spending plans in mid-March.

“These are unsettling times for retailers, with conditions the toughest in a decade. The only fixed point in a world of flux seems to be rising costs, which are increasingly difficult to absorb without passing on to shoppers.

“Getting a grip on government-imposed costs is essential. While positive headway is being made on rates reform, the burden remains onerous and the poundage rate is now at a 20-year high. Ministers must finally deliver on the Barclay Review’s recommendation and scrap the Scotland-only rates surcharge on medium-sized and larger commercial premises. This large firms’ rates supplement affects 22,000 premises – of which 5,000 are shops – and sees them charged an extra £65 million over and above that faced by competitors or counterparts down south.

“The Finance Secretary should bolster household disposable incomes and consumer confidence by ruling out increases in income tax rates. Continuing to protect those on modest and low incomes in particular is the right approach, especially with further increases in council tax expected.

“With retail under enormous pressure, this Budget is an opportunity for Ministers and MSPs as a whole to take tangible steps to help retailers as they seek to reinvent themselves for the future. We hope they seize the moment.”

The Store Of The Future (Is Here!) 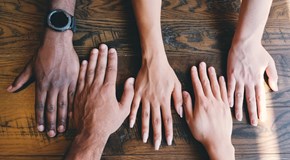