Textiles 2030: Transforming our industry for the planet

This article is provided by Marcus Gover, CEO WRAP

Designers have often taken inspiration from Nature when putting together their latest fashion collection. Images of feathers, animal prints, flowers have featured in our wardrobes and our homes for centuries. But therein lies an unedifying paradox – for whilst the gesture is designed to pay tribute to Earth’s beauty, the ugly truth is that the fashion industry is helping to destroy it.

In the UK, only food, housing and transport are more harmful to the environment than clothing and textiles. The industry accounts for 4% of global greenhouse gases – the equivalent of the annual GHG emissions of the UK, France and Germany put together. Around 79 billion cubic metres of fresh water is guzzled up every year in the production and washing of clothes: and the treatment of textiles is responsible for around 17-20% of global industrial water pollution. In the UK, around 330,000 tonnes of clothing are burnt or buried every year– a shocking waste of valuable resources, and yet consumption continues to rise. Businesses must face up to this and learn to measure their impact and take actions to mitigate the risks.

To do this they can look again to Nature for the solution. By mirroring its most important design – circularity; an intricate and perfectly balanced system where there is no such thing as waste, and resources are shared in infinite cycles. Where everything is biodegradable, and where a delicately balanced interdependency enables everything to survive and thrive.

A circular fashion industry is one where we keep products and materials in circulation for as long as humanly and technologically possible. So that clothes and textiles are used for longer and materials are re-made into new fibres. It would herald a shift away from the throwaway to a new way of shopping for a public who are now increasingly searching for ways to reduce their own carbon footprint – including renting/leasing models, clothing exchanges, and pre-loved items. Ways in which shoppers can unite their love of fashion and style with their values and can feel part of a more interactive relationship with the industry.

As with many other industries, the global pandemic has been a year of reckoning for the sector. It has exposed the failings in the take-make-dispose supply chain which has been the mainstay of the industry and which has put ‘fast fashion’ under increasingly negative scrutiny. It has ruptured its unhealthy symbiosis with a public hungry for the instant gratification of retail therapy. The nation’s high streets have been mothballed for months on end, with all the knock-on effects of disruption in production and on revenue. McKinsey’s State of Fashion Report 2021 calculates that the industry’s economic profit will fall by 93% in 2020. This is sobering news both for the economy and for the millions of people around the world who rely on the industry for their livelihoods.

At the same time, consumers have also been doing their own soul searching, with concerns for the environment regularly topping opinion polls and rising up to the political agenda. For many, lockdown has been a lightbulb moment in terms of their own consumer habits, and the threats they pose to the planet. They are aware of how Covid has put the spotlight on the battle we face against the biggest existential threat of all: climate change, and the role we all must play.

In the UK, political pressure was growing before the pandemic, with the UK’s Environmental Audit Committee demanding change and the UK Government developing policies which will have far-reaching implications for the industry. In its recently published Waste Prevention Plan, the Government reiterated plans to introduce an extended producer responsibility scheme for textiles. This will sit alongside a package of other proposed measures which include a landfill/incineration ban, requirements for separate textiles collection, and eco-design and consumer information requirements.

This confluence of business reality, political and public pressure means the need for change is undeniable. The influential Vogue editor Anna Wintour captured this watershed moment when she wrote: “I think it’s an opportunity for all of us to look at our industry and to look at our lives, and to rethink our values, and to really think about the waste, and the amount of money, and consumption, and excess that we have all indulged in and how we really need to rethink what this industry stands for.” This zeitgeist which is making its way into boardrooms is that a radical re-design which balances both profit and planet is now necessary. The silver lining is that the pandemic has forced many to re-set; exploring new business models, to streamline and recalibrate their business proposition.

There is a growing acceptance that the way to achieve that balance is through circularity.

So, the launch of WRAP’s Textiles 2030, our most ambitious voluntary agreement yet, could not be more timely. Modelled on the successful ‘Target-Measure-Act’ approach which underpins all WRAP’s voluntary agreements, Textiles 2030 is the next stage on our journey to radically transform the UK’s textiles industry and to make it circular so that it significantly limits its impact on the climate emergency in line with the Paris Agreement 1.5-degree trajectory. It builds on the success of its predecessor, SCAP 2020, but will also break new ground. We are widening the base beyond clothing to include home textiles. We are welcoming businesses who are new to sustainability and collaborative initiatives so they can benefit from support and established good practice. We are also building a knowledge bank of innovators, ground-breakers and academics to share their expertise. Together this makes for a dynamic powerhouse of cutting-edge knowledge and pioneering systemic change.

Signatories will need to work on hitting ambitious carbon and water reduction targets through designing products to be circular (durable, recyclable and designing out waste), using recycled and sustainable fibres, and committing to new business models such as renting, take-back schemes and clothing exchanges. Signatories will also be able to engage in national policy discussions with UK governments to shape proposed Extended Producer Responsibility and other critical regulatory developments which will have a huge impact on the industry in the near future. Being part of Textiles 2030 is the best way to get businesses in shape for that overhaul.

We’ve had a great membership response so far, and we’ve already secured major high street names and industry and sector bodies including the British Retail Consortium, British Heart Foundation, Charity Retail Association, John Lewis Partnership, Next, M&S, Sainsbury’s, Tesco, Oxfam, Primark, Ted Baker and many more before the official launch in April. But we still need both big brands and small to medium sized businesses to get on board.

There is no lack of enthusiasm, but we know that the pandemic has had a devastating impact meaning many have other more immediate priorities. Or that sustainability is still a relatively small part of the business. Even that practicalities such as funding cycles have made it challenging to join.

These are all valid, but short-sighted. The winds of change are sweeping through the world in the time of Covid. Sustainability is fast becoming a requirement rather than a choice. Only by joining Textiles 2030 will you be able to truly align both profit and planet and take inspiration from Nature whilst giving back to it as well.

Find out more about Textiles 2030 at https://wrap.org.uk/taking-action/textiles/initiatives/textiles-2030 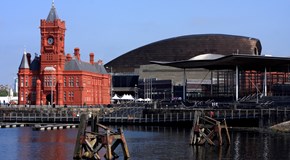 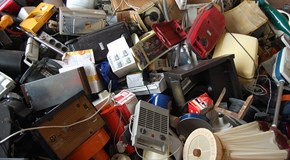 Highlights from the Government response to the EAC's in… 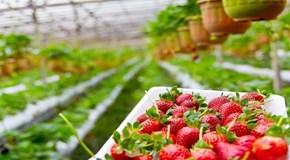 Ending labour exploitation in the supply chains of UK f…