Competition in Payments: One Size Does Not Fit All

The future Strategy of the Payment Systems Regulator (PSR) will play a key role in shaping how the UK regulates payments. As the Strategy consultation turns this week to the theme of competition, the PSR have published the key concerns of BRC members relating to card payments that we look to the Regulator to address.

That same article can be read here, below, along with the BRC policy solutions for the card payments ecosystem:

COMPETITION IN PAYMENTS: ONE SIZE DOES NOT FIT ALL

The retail industry will be pleased to see competition featured as one of the three key themes of the PSR’s future strategy, currently under development for consultation later this year.

The previous PSR Strategy delivered big changes for interbank payments, with plans to create a New Payments Architecture, and taking action to improve competition targeted at appropriate layers of its stratified model.

This time around, the crosshairs of the Strategy will fall on card payments. Already the PSR is in the midst of its review into card-acquiring market, and the UK’s departure from the EU allows greater sway for both the Government and its payments regulator to exercise an autonomous national approach to tackling long-standing problems in Europe’s largest card market.

This is good news for UK merchants and consumers. All merchants need card-acquiring services to accept card payments, which accounted for 80% of UK retail spending prior to the pandemic that has led to even greater dependency on card payments. Card fees are a key cost of doing business for all merchants, with the costs of these services ultimately reflected in consumer prices.

Retailers are one of the most significant end user groups for card payments, processing more than 51 million transactions per day and around £394 billion per year for products & services sold in store, online & over the phone. A priority for the British Retail Consortium has therefore been to ensure an innovative, transparent and competitive payments market for all retail end users and their customers.

Retailers can rally behind the outcome that the PSR is looking to achieve in this strategy, of effective competition at all levels of the supply chain that can protect people and businesses, with detailed economic regulation acting where competition is not enough.

A stratified model, similar to that of the New Payments Architecture, can be used to break down the changes needed to ensure effective competition at the various layers of the card payment ecosystem: issuing, card scheme services, acquiring, and value-added merchant services.

There are numerous providers of card-acquiring and value-added merchant services in the UK, where enhanced competition could play a major role in driving better outcomes for merchant end users and, in turn, consumer welfare. Other layers of the card payment ecosystem lack effective competition, or even the market forces to drive down costs. Here a different approach must be taken.

There is a harmful lack of competition in retail payments, dominated in the UK by two parallel monopolies controlling almost the entirety of the UK card market. Open banking is too often cited as the remedy, yet we all know that – if successful – this solution has a long road ahead before its impact is felt. In the meantime, the adverse impacts of a lack of competition cannot be left untreated.

Members who wish to contribute to the final BRC consultation response to the PSR Strategy, or the related HM Treasury Payments Landscape Review, should contact Andrew.Cregan@brc.org.uk. 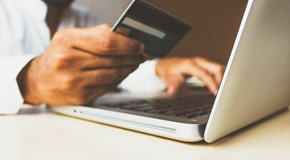