Next Steps for Contactless

The March 2021 Budget saw the government approve an increase to the REGULATORY contactless payment limits, from the current £45 (and £130 cumulative limit) previously set by European legislation.

The REGULATORY limit provides the parameters within which industry can operate. The ACTUAL level at which the limit is implemented, and the time at which an increase is made, within those parameters, is determined by those firms who bear the financial risk, the relationship with customers and who possess the expertise to undertake a rigorous assessment of previous and future limit changes.

Both the retail and finance industries had been supportive of an increase to the REGULATORY limits for single contactless payments up to £100, and cumulative contactless payments up to £300, when consulted on these measures in January 2021 by the Financial Conduct Authority (FCA). No formal industry consultation has yet taken place in relation to the ACTUAL limits - neither the level nor the timing.

UK Finance, the trade body representing banks and card companies, stated in January that "the contactless limit is set and operationalised at industry level so the limit wouldn’t change until the industry can assess and make a decision which is data backed and in consultation with retailers and customers." UK Finance were clear that "the regulatory limit only should be raised at this stage" and that their "Members require time to consider an appropriate industry limit, suggesting we discuss this again with industry in 2021 which will give members the opportunity to analyse several months of ‘normal data’ before potentially making an operational change in 2022." A position the BRC could whole-heartedly support.

The BRC are therefore alarmed by the sharp volte-face from Britain's banking community since the Budget announcement who now insist that the actual contactless limit must more than double to £100 on Friday 15th October because its what they perceive to be the will of the Chancellor.

The BRC raised serious points of concern about contactless transactions with the FCA in our response to their consultation (log-in to view below). Losses from incomplete contactless payments at self-checkouts currently costs retailers tens of millions of pounds per year in lost revenue. These "contactless walk-offs" occur when customers are asked to authenticate the transaction with a PIN - as happens in a minority of cases with contactless transactions, often because a cumulative limit has been reached requiring the bank to verify that it's still you using your card. These situations require action from the customer yet card companies have included no audio prompts into the payment process for these situations meaning that it often goes unnoticed with customers inadvertently leaving stores with goods without having paid for them.

The walk-offs problem means that a number of Britain's major retailers are opposed to a limit increase until an effective resolution can be found. The BRC have been clear that card companies should facilitate a solution to this problem that retailers can implement before the introduction of any increase in the actual limit. This is necessary not only to protect the retailer from a potential surge in existing losses linked to contactless transactions, but also to protect its staff from abuse where the lack of a prompt in the payment process is generating confusion and confrontation in our supermarkets.

Some retailers are currently piloting visual prompts at self-checkouts to help tackle this problem, but card companies are key to facilitating an audio prompt that is likely to bring the greatest benefit. 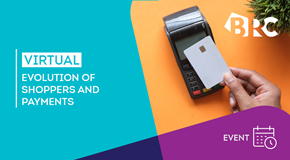 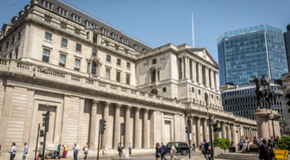 Treasury Select Committee Call for Evidence on Work of… 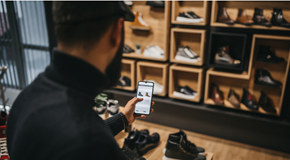 Mystery solved: the secret to understanding in-store as…