The UK General Election of 12 December 2019 has resolved the if and the when of the UK’s departure from the EU on 31 January 2020. For England and Wales it now appears to be a settled issue for a generation. But the how and the what of the future relationship is still shrouded in winter fog.

The redrafted EU Withdrawal Agreement Bill (EUWAB) begins its legislative stages this week in the newly elected House of Commons, paving the way for the UK to enter the transition period on 1 February where existing trading rules on customs, indirect taxation and goods regulations will apply and be enforced as now until the end of 2020. The UK Government intends to rule out in the EUWAB an extension to the transition period, ostensibly meaning (without amended or new treaty text) any new trade agreement will have to be negotiated and capable at least of provisional application by the end of 2020.

Attention has turned quickly to the shape of the future UK-EU trading relationship. The election results appear to take options such as a customs union or Norway-style relationship with the EU off the table. It is inevitable that some new friction will apply to the movement of goods between the UK and EU by retailers and other industries. To offer one example, retailers moving goods between the UK and France will need to be aware of the new requirements from rules of origin in any UK-EU trade agreement, dependent upon the tariff relationship between both sides and what will count as qualifying content involving third party inputs or processing. This will involve additional red tape in terms of proving the origin of goods crossing the border. Some form of customs declarations appear inevitable, costing as much as £56 per individual item, with further implications on costs for goods movements. On the application of the new trading arrangements for Northern Ireland, rules of destination will similarly apply to goods despatched from Great Britain which may terminate their journey in NI or pass into the EU Single Market through entering the ROI.

There are two key areas required to avoid a cliff-edge fall into WTO trading terms at the end of next year – a zero tariff, zero quota commitment, and a good alignment, low friction deal which limits new red tape for retail and costs and delays for consumers. First, to achieve an agreement with zero tariffs and zero quotas nor quantitative restrictions, the EU has set red lines of a deal on mutual fisheries opportunities with the UK by the middle of 2020 plus a clear level playing field agenda of dynamic alignment with EU rules on state aid and competition policy, plus non-regression clauses on environmental, social and labour rights. During the UK General Election campaign, the Conservatives declared the ambition for autonomy on state aid rules. Pragmatic analysis of the economic impact of the trade-offs between autonomy and market access will be key to any compromise here.

Second, on regulation – given that the re-elected UK Government rejects both a Single Market arrangement and the approach signposted by the Chequers White Paper from 2018 for wholesale alignment across trade in goods – can both sides reach an agreement to limit new trade friction? A deal based simply upon the WTO’s SPS and TBT agreements, or the WCO’s customs agreement, or WIPO agreements on IP, would represent a significant rupture from the regulatory model of the last thirty years. New barriers on customs red tape, transit, indirect taxation, sanitary and phytosanitary paperwork, conformity assessment, at border or on the market product checks would bring with them costs, delays, and reduced product quality for consumers on perishable items. A good alignment, low friction deal could limit new friction in several ways – through a common SPS system involving no checks between GB and the EU nor within the UK; common regulatory approaches on toys, chemicals, pharmaceuticals, electrical and industrial products; keeping customs red tape low through agreed waivers from the need for exit or entrance summary declarations; a common framework for VAT and excise; accords on conformity assessment, transit, security, safety. If the negotiations do yield an agreement capable of being implemented by the end of 2020, implementation periods may be required to cushion the impacts upon sectors of the economy facing major shifts in trading terms in 2021. All of this will require clarity and creativity from both sides on the trade-offs between market access and regulatory autonomy to reach an ambitious agreement at pace next year.

The new trading agreement must also deal with the impacts within the United Kingdom itself. Significant extra costs for retailers and consumers could apply on GB to NI goods movements without a zero tariff, good alignment, low friction deal with the EU for all of the UK. To make the NI/ROI Protocol operable in time, a great amount of work must be completed by the Joint Committee established under the Withdrawal Agreement and its technical working groups on which goods will be subject to tariffs on entry to NI and which goods are at risk of entry into the EU Single Market. Much of the detailed processes on this and indirect taxation must be completed by this time next year. A real challenge. In terms of Scotland and Wales, the interplay between devolved powers on food policy for example, the internal market within the UK and the UK Government’s desire to make new trade agreements quickly requires extremely sensitive handling.

The retail industry is ready to meet these challenges in 2020 and to help our members effectively adjust to the new trading environment. A tight deadline needs to focus all minds on the best possible deal for consumers. We hope both the UK Government and the European Commission’s UK Taskforce will be welcoming partners and engage with our practical ideas for the negotiations to achieve a zero tariff, low friction deal to the mutual benefit of retailers and consumers across Europe. 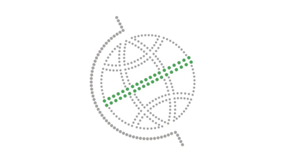 A guide on Rules of Origin 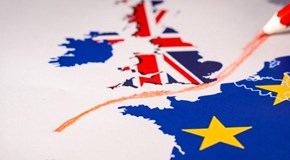 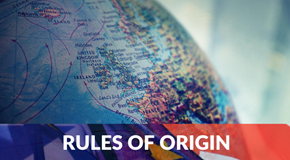 Rules of Origin: Slides on key issues for retailers fro… 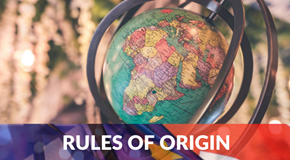 Rules of Origin: Guidance on the UK-EU TCA new rules of…