Over 90 leading retailers, MPs and peers, investors, and NGOs1 are calling on the Home Secretary, Priti Patel, to take urgent action to prevent the exploitation of garment factory workers in the UK. The joint letter, coordinated by the British Retail Consortium, calls for the introduction of statutory licensing of garment factories to ensure they all meet their legal obligations to employees and are ‘Fit to Trade’2.

This letter comes in response to recent reports of workers being paid below the minimum wage, not being supplied with PPE and working in unsafe conditions. Concerns around unethical labour in the UK’s garment industry have been raised multiple times in the last five years by academics, retailers and Parliamentary Committees. The letter notes that ‘Unless action is taken now, thousands more people will likely face exploitation.’ Responsible retailers have already taken steps to tackle labour exploitation by collaborating through the ‘Fast Forward’ labour standards improvement programme, as well as training suppliers, implementing stronger terms and conditions and de-listing exploitative factories. This also includes exercising responsible purchasing practices and due diligence. BRC and its members have long been calling for greater enforcement by the authorities to support the actions retailers are taking and to encourage businesses to invest in UK fashion manufacturing.

In 2018, the BRC launched Better Retail Better World, which aims to tackle some of retail’s biggest global challenges including labour exploitation. Retailers, parliamentarians, and NGOs hope that this letter will kickstart the much-needed action that has been long awaited. The following year, the Environmental Audit Committee concluded that ‘some workers in the UK making clothes for fast fashion retailers are not being paid the minimum wage and are suffering serious breaches of health and safety law in their workplaces.’

Helen Dickinson OBE, Chief Executive of the British Retail Consortium said:
"The BRC has repeatedly called on Government to take action to prevent labour exploitation in the UK. Recent reports in the media demonstrate the urgent need for action before more workers are needlessly taken advantage of. While there is no silver bullet, licensing is a critical step toward resolving this issue. The public want to know that the clothes they buy have been made by workers who are respected, valued and protected by the law.

“Our members continue to stand firm against labour exploitation, and we hope the Home Secretary joins us in the fight to build a more ethical and sustainable fashion industry.”

Dr Lisa Cameron MP, Chair of the All-Party Parliamentary Group (APPG) for Textiles & Fashion, said:
“As we emerge from the coronavirus crisis, we have a huge opportunity to make the UK a world-leading, ethical fashion and textile manufacturing industry, delivering better, highly-skilled jobs. It is crucial the Home Secretary seriously considers the urgent need to implement statutory licensing of garment factory owners and managers to ensure they are ‘Fit to Trade’. There is vast support for this initiative, and we need to see urgent action to prevent thousands more people facing exploitation taking place is some garment factories in the UK.” 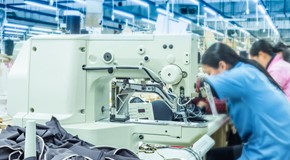 Factory Workers "Robbed of Tens of Millions in Wages" 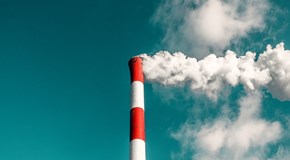